Follow my fishing experiences and unique gifts on my new blog: http://billschiessfishing.blogspot.com

Check out my birding blog at http://madisonbirds.blogspot.com

Here is my latest article from the East Idaho News. 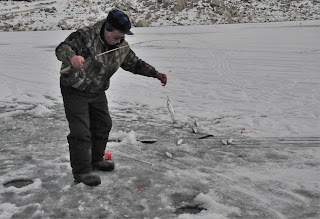 Getting up with the temperature at a balmy minus 13 degrees and heading out to Howe, Idaho, with four other people to do the annual Christmas Bird Count, can be very exciting.  As we entered the small town, the temperature had dropped to a minus 22 degrees, and what did we do?  We started wading in snow up to our knees looking for owls.  They were not to be found - but we found some later in the day.

In the car I was in there were three of us; Kit, Justin and myself.  We were assigned the northern section of the count area and found a total of 43 species of birds.  Two of them I had never taken pictures of.

There were five Virginia Rail chasing each other in a warm creek. 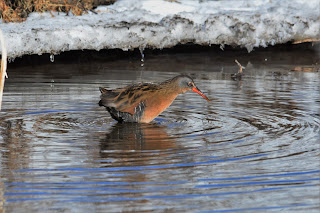 A White-throated Sparrow with a lot of other sparrows at a farm. 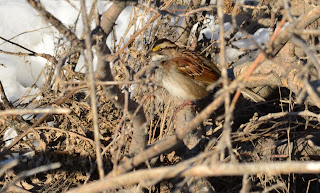 Also at that farm was about 30 California quail. 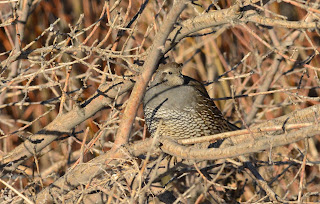 We ran into several coveys of Gray Partridge. 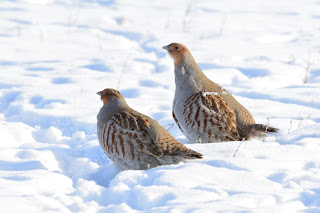 A Merlin was in the same tree with about 20 Eurasian Collared doves. 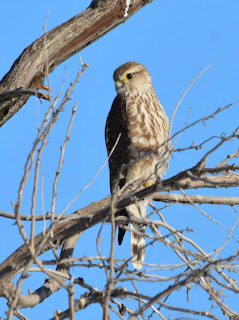 Three Belted kingfishers worked the warm springs near the rails. 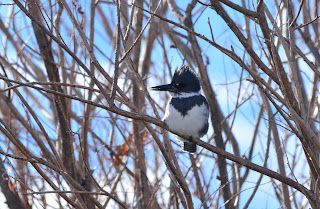 Hundreds of Horned larks worked the straw and weed patches. 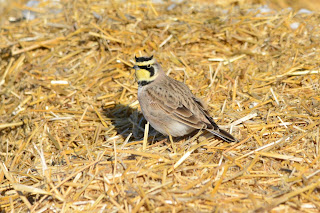 Known for it concentration of raptors during the winter, the Howe area is the winter home of the Rough-legged hawks.  We found 41 of them there. 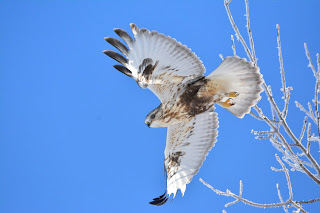 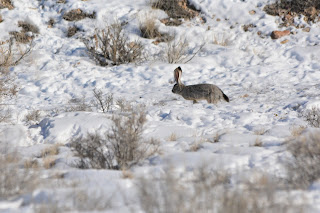 We found the Common Redpolls throughout the day in small and large flocks. 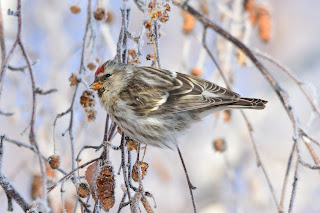 It was a cold, but rewarding day spent in the wilds of Idaho.
Posted by Bill S. at 6:24 AM 6 comments:

Baby - it cold out there

With the temperature a minus 18 degrees, the trees were covered with frost but the birds and animals still had to eat and stay warm, so out in the wilds of Idaho I ventured.

The Red-tailed hawks were trying to keep warm but still had to go out and hunt for food. 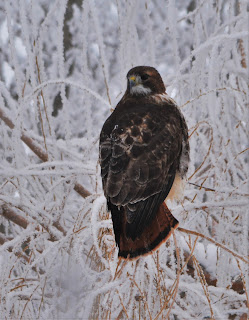 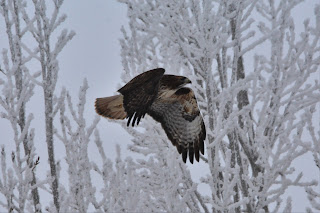 This Black-capped chickadee was picking of frozen sap from the spruce trees. 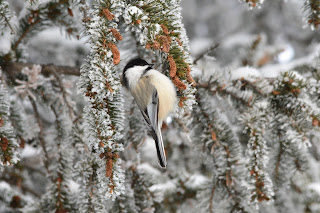 The Cotton-tailed rabbits fluffed out their fur but stayed close to cover to escape the hawks and owls. 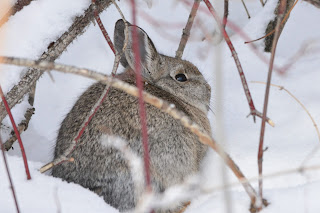 White-tailed deer ventured out looking for some grass poking out of the deep snow. 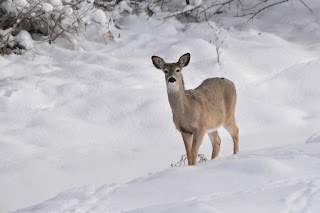 This porcupine uses its front paw to pull in a branch to strip it of nutrient-rich bark. 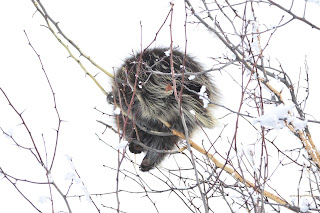 And then this Black-capped chickadee next to the Henrys Fork of the Snake River was picking buds of willows to survive. 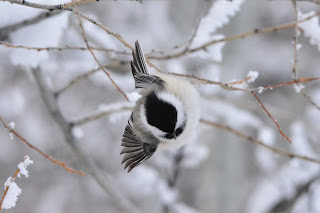 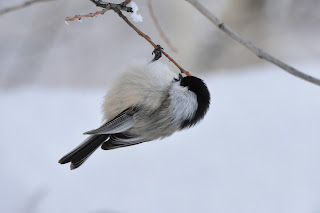 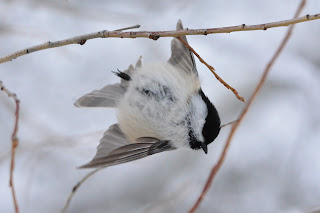 Venturing out in the cold wilds of Idaho can be a very interesting activity.
Posted by Bill S. at 5:30 AM 4 comments:

Wildlife in the snow

Yesterday we got from 8 to 10 inches of fluffy snow on the desert, so I just had to spend the morning out looking for animals.  I was not disappointed except I wanted to see the elk migrating down from the mountains, but did not see them.  I was able to photograph a while Long-tailed weasel - only the second one I have been able to in my life.

The first animal I saw was a cow moose.  Later I would see four more, but no bulls. 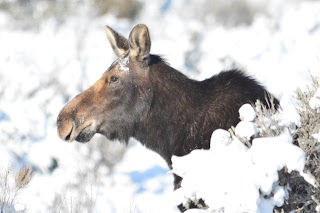 The Tetons were beautiful in the morning haze cause by the zero temperatures. 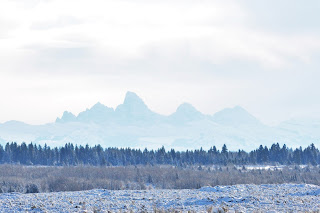 Sharp-tailed grouse were roosting and feeding in the chokecherry bushes. 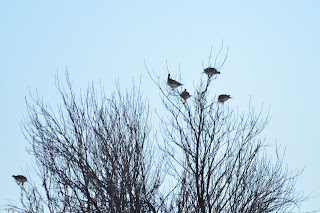 I saw about 30 mule deer and probably another 50 saw me as I was busting through snow drifts up past my headlights.﻿ 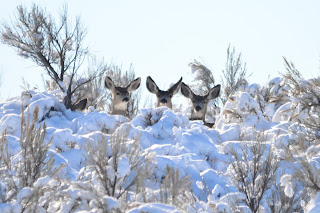 On a pile of rocks, I saw two black eyes looking at me.  It was a Long-tailed weasel. 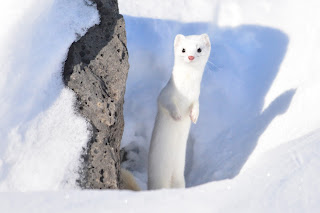 I watched and photographed it for about an hour as it hunted through the rocks. 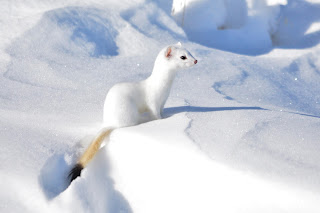 I did not see it harvest any rodent, but enjoyed it just the same. 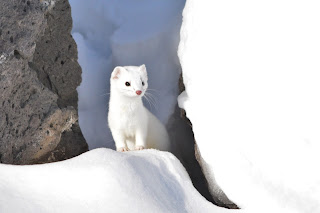 It finally had enough of me and off it went in a hurry. 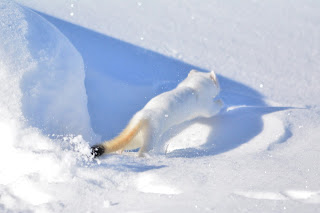 Just another great morning in the wildness of Idaho.
Posted by Bill S. at 3:21 PM No comments: